What is the Repo Market?

SOFR was really the repo that came to the forefront. And we all know it's meant to ultimately replace LIBOR, but it's nothing but a repo rate — it's just a short-term rate backed by Treasurys as the collateral. 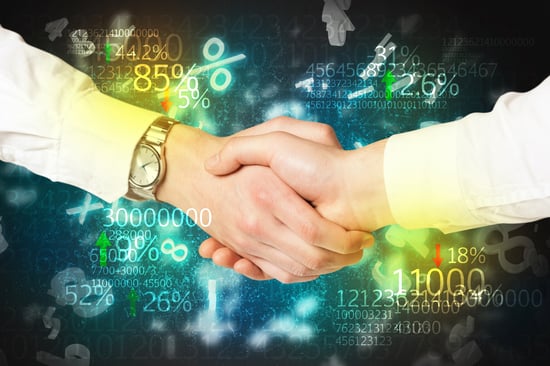 At a real high level, what is the repo market?

Essentially a repo is a collateral backed short-term loan; the genesis of this was matching up Treasurys with cash. Someone might have a short-term need for cash, and they don't want to necessarily sell something in a portfolio. They just need to get by. They don't want to trigger some sort of tax implication. And so they would be paired up with somebody who maybe just had an abundance of Treasurys in this example and we can make a swap here and we just tend to do it for an overnight purpose, you know, go run your payroll or whatever.

SOFR is supposed to be almost risk-free and that's what the Fed has been pushing for; we want a market driven instrument that is risk-free. We can establish a risk-free rate. And then above that is any sort of borrowing spread that a borrower might pay.

So there was the big push from the Fed starting about five, six years ago to get away from LIBOR, because LIBOR can be manipulated by 20 banks. And looking back almost two years ago, there was a week or two where SOFR spiked dramatically overnight, and then all of a sudden, the Fed came and stopped that. Comments around that incident a few years ago?

It made us wonder aloud more than once why we were bothering to switch out an index that could be manipulated by 20 banks for an index that could be manipulated by one bank, the central bank. It seems to defeat the purpose, if we want a market-driven instrument, which we think is totally legitimate to want that, then that comes with some downside and that includes volatility. And yet the minute it misbehaves, they immediately jump in and calmed everything down by flooding it with billions of dollars overnight.

Lack of cash - everyone started holding their cash, hoarding it and just refused to lend it out at almost any rate. And so even though interest rates were 1% at that time, SOFR spiked over 5% and with even some daily transactions, actually being north of 10%, because somebody who is desperate for cash was willing to pay 10%. So the Fed jumped in and said, we need to flood the market with cash. They did that and everything settled down and it's been bumping along zero for the last 18 months.

What the hell is the reverse repo market?

That was largely created post financial crisis because the central bank wanted it's financial institutions, the banks, the money market funds to have a place to put this excess cash. They knew that the Fed knew that it would be flooding the market with so much money that there would actually be too much cash and not enough places to put that out in the repo market. It was really just like a relief valve. So, if the financial institution had too much cash on hand and there was no market for them to lend that out, they could at least take it to the Fed and say, you take it, give me some Treasuries as collateral for short-term nature and then we'll swap back in a day or two. In March, the outstanding daily volume was zero, literally zero, and was being used in the reverse repo program. And since then, the daily volume has spiked to $500 billion a day.

What's caused that? Why is there so much volume presently?

At the end of March, there was this expiration of this exemption to something called the supplemental leverage ratio. It essentially says, we know as the Fed that by flooding the market with cash and by buying up treasury bonds, as part of quantitative easing, we are going to distort the regulatory ratios that banks have to adhere to. So, we're going to give you an exemption for that. And that exemption expired March 31st.

Have more questions about this subject? Email us at theboss@loanboss.com.

Check out more of our industry insights!

New Deal Checklist: Term Mismatch and What it's Costing You